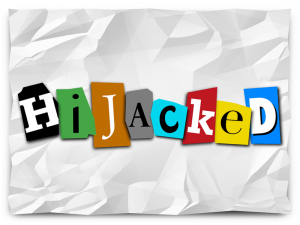 While ransomware has existed since around 1989, in the form of the “AIDS” trojan which encrypted files on a hard drive and then demanded a payment of $189 to unlock them again, it is only in the last few years that it has become a significant and global threat.

Starting around September 2013, CryptoLocker paved the way for numerous copycats which commonly encrypted all the data on a victim’s storage devices and then demanded a ransom be paid in the form of Bitcoins – a virtual currency that is hard to track.

A recent report from the BBC highlighted just why so many criminals have been jumping on the encryption-with-menaces bandwagon, highlighting research conducted by Trustwave.

F-Secure’s Chief Technology Officer, Mikko Hypponen, explained how the rise of virtual currency had led to huge profits, saying “Once the criminals were able to collect their ransom without getting caught, nothing was stopping them”.

So how can ransomware find its way onto your computer or network in the first place?

There are many forms of “risky” behaviour that can lead to infection but some of the key ones are:

How can you prevent ransomware from finding its way onto your system?

Generally speaking, the key to avoiding ransomware, as well as other types of malware, is to steer clear of the behaviour listed above, all of which can be categorised as risky.

Sure, we know business people and home users alike need to open emails and read documents, but a little common sense goes a long way:

How can you remove ransomware?

So hard in fact that some business users, and even some police departments, have simply paid up to make the problem go away.

As Brian Honan, Founder & Head of Ireland’s CSIRT and Special Advisor on Internet Security to Europol, told us recently:

“Once ransomware has found its way onto your system your choices are limited.

If you are lucky, you will have a working and trusted backup of your system that you can restore. If not then your choices are to either pay the ransom and hope that the criminals will enable you to recover your data and not attack you again, or rebuild your affected computer from scratch and manually rebuild the system and data.

In the case of ransomware, prevention is really better than the cure.So ensure that all your data is safely and securely backed up, regularly check those backups to make sure they work, install reputable anti-virus software on your PC and keep that software updated.

It is also important to keep your operating system, browser, and other software up to date”.

Beyond prevention and preparedness, the only other option used to be professional (“expensive”) services but now there are some good, free, alternative solutions, such as the “Ransomware Response Kit” developed by Jada Cyrus, a well-known security professional.

His kit includes removal tools and detailed instructions for combating various strains of extortion malware, including CryptoLocker, FBIRansomWare and CoinVault.

Even though the criminals behind ransomware often have a sense of honour – they have actually been known to decrypt files after payment has been made – Cyrus suggests not handing over any money as doing so only serves to encourage those behind it to carry on targeting more and more systems.