The moral to this story: if you’re experiencing any of the following issues, push the metal key into the charging port to fix it.

*Unrelated, on one occasion the car battery was dead and needed replacing.

Getting into my Holden CRUZE and pressing the ignition (button), a message on the screen said it could not detect a key.

We have an Australian JH CRUZE Series 2 with keyless entry and keyless start button together with a flip-out key.

I’ll be honest and say I didn’t know what to do next.

I called the emergency service* number which came free with the car, and was told they would be there shortly.

A man walking past asked if I needed assistance? When I explained the problem, he said that he might be able to help.

Even though he didn’t have a Holden Cruze, he had struck a similar issue with his car.

He located a plug (hole) in the center console that had a black plastic cover protecting it. With his fingernail, out came the cover and then he inserted my metal key into the plug hole.

He explained it was a battery charging point built into new model vehicles, and that shortly the key would activate again. True to his word, 3 minutes later the car system recognised the newly charged key and the car started again. I left the key plugged in during the drive home and assume it’s now fully charged.

Interestingly, there is no mention of the charging point in the JH CRUZE Series 11 Handbook (Page 18 – Keys doors and windows).

Under Fault (Page 19), it suggests to replace the battery if the central locking cannot be operated, and then explains how to open the key unit and replace a CR2032 battery, but there is no mention of the charging point.

Months later the battery in the key died completely.  It would not open the doors (electric) or enable the push-button ignition to work, in fact, nothing would happen when I pushed the ignition button, it was dead as a dodo.

Not realising how easy it was to replace the battery, I figured out how to do it manually.  Open the doors with the flip-out key in the keyhole in the door handle.  Start the car by sliding the metal key into the console charging point, wait 15 seconds, push the ignition button, slight pause and then it starts.

* I called the emergency service back and cancelled the call-out. They were thrilled that I had called back, saying that 99% of the time people do not call back. 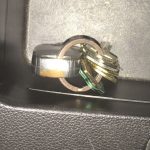 This is a free search tool provided by Federal Chamber of Automotive Industries (Australia) Check if your vehicle is affected by the Takata airbag recall. 1. Enter your number plate 2. Select your state 3. Check My Vehicle ismyairbagsafe.com.au FCAI is the peak industry organisation END_OF_DOCUMENT_TOKEN_TO_BE_REPLACED

Introducing the only small car built in Australia, the Holden Cruze Sedan and Hatch. The small car that creates new standards in performance, style and innovation has now also been joined by the Cruze Sportwagon, the small car thats big on style. Small car flexibility combined with END_OF_DOCUMENT_TOKEN_TO_BE_REPLACED